After a slew of outbursts, stream-of-consciousness statements on twitter, and whirlwind of social media and news coverage, Kanye West does good for himself and us through the brevity and compactness of the 7-track ye. ye offers packed and compelling insight on mental illness, celebrity romance in the 21st century, men’s changing perception of women, and as always, the phenomenon of fame and persona.

What comes after The Life of Pablo?

This was the central question Kanye had to grapple with in his eighth album, ye. By the time West released The Life of Pablo, it had been 12 years since his first full-length album, The College Dropout. Pablo seemed like a certain meditative point in the arc of his career, a moment to finally catch his breath, look around, and reflect. This sentiment is echoed by the Pitchfork review of the album.

“See, I invented Kanye, it wasn’t any Kanyes, and now I look and look around and there’s so many Kanyes,” he raps wryly on “I Love Kanye.” The message seems clear: He’s through creating new Kanyes, at least for now. He’s content to just stand among them, both those of his own creation and their various devotees.

So what’s the next move? Presenting us something wildly different, which seems difficult after an already astonishing and innovative career? Musing a little longer on the current state of things?

Well, West had plenty of materials to work with after the rollercoaster that was late 2016 to early 2018. He cancelled his Saint Pablo tour, was hospitalized for deteriorated mental and physical health, took a break from social media, recorded music in the secluded Jackson Hole, Wyoming, asserted that “slavery was a choice” on TMZ, and defended Donald Trump. Whew.

On ye, he not only illuminates the circumstances surrounding these events, but provokes listeners to contemplate his ambivalent takes on women and mental illness. 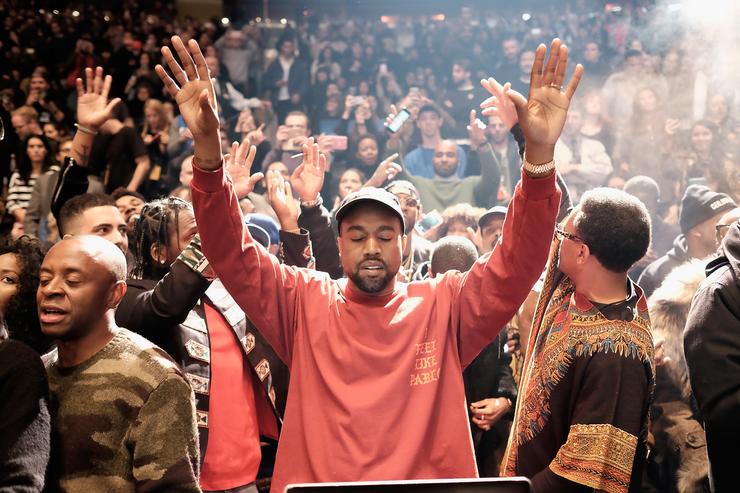 At my first listen, I pretty much hated ye. I thought it was bland, mopey, and too confusing. Now, after thinking it over for a month, I take back my initial criticism. I’ll explain later what I originally thought.

If this album were a three course-meal, West opens with a hefty steak dish. “I Thought About Killing You” is a treatise on his inner conflict, an assertion of his ego and an acknowledgement of personal struggles at the same time. I loved the almost underwater ambient feeling of the beat.

This is what I originally wrote about the track:

“He repeats over and over, “I love myself way more than I love you,” to the point it feels like he’s trying to convince himself rather than asserting his ego to us.

There is reverence reserved for organized, carefully planned, and intentional stream-of-consciousness styled chaos. A kind of 360-degree tour around an artist’s mind. There is a fine line between the former and laying out jumbled thoughts and ideas. One leads to further appreciation and understanding of the work after investigation. The other leads to futility and confusion. Which is Kanye? It’s hard to tell with ye.

For a long time, we have convinced ourselves that Kanye always calculated exactly the impacts of his controversial and baffling words. I’m not sure how much longer, or how much harder, we have to try to unravel the enigma of his works.”

However, I now understand that duality should not be seen as a weakness. I feel that Kanye allows the listeners to discover, albeit after some time contemplating, how comfortable he is with his his dual nature.

“See, if I was tryin’ to relate it to more people
I’d probably say I’m struggling with loving myself
Because that seems like a common theme
But that’s not the case here“

On the second, track “Yikes,” Kanye confesses his fright at the powers of mental illness, and at the same time, boasts his resistance. “All Mine” maybe the sonically most interesting and also unintentionally entertaining, including Ant Clemons’s almost hilarious stressed-whispering and talking about the medulla oblongata.

After “All Mine,” I realized that lyrically, Kanye’s more clever than most times I’ve seen him. Previously, the strength of his lyrics came from emotion. But now he shows us he can work with wordplay, a valuable skill that is central to the roots of hip hop. He can take part in the vital verbal sparring that earns you a place in the game.

His allusions and name dropping on this track was fun to unravel. He also seems to be taking some (friendly?) shots at Drake and generally musing on a lot of rapper conflicts, participating in the healthy spirit of competition in hip hop.

West suddenly turns into a confessional, monogamous lover on the middle tracks, “Wouldn’t Leave” and “No Mistakes.” He gives us sappy pop-like lyrics like “Believe it or not / Make no mistake, girl, I still love you.”

Ye’s relationship with and commentary on his wife, Kim Kardashian, is particularly interesting and one of the key elements to focus in on in this album. He talks freely about prospects of pursuing other women on “All Mine,” but read the changes in “Wouldn’t Leave”:

“My wife callin’, screamin’, say we ’bout to lose it all
Had to calm her down ’cause she couldn’t breathe
Told her she could leave me now, but she wouldn’t leave”

“For every down female that stuck with they dude
Through the best times, through the worst times
This for you”

Note, too, his opinion on fame. He states he’s maintained his honest and in-your-face personality all his life:

“I got the mind state to take us past the stratosphere
I use the same attitude that done got us here
I live for now, I don’t know what happen after here”

“Ghost Town” is also a standout for its relatively easy-to-listen-to instrumental.

Kanye is sentimental when describing his relationship with the public:

“I put my hand on a stove, to see if I still bleed, yeah
And nothing hurts anymore, I feel kinda free”

I think the last couplet is an excellent example of Kanye’s self-awareness. He’s self-destructive in search for personal liberation.

Melodically and thematically, the last two tracks sound like Kanye is winding down his journey, at a point of peace with himself. “Violent Crimes” sounds distinctly spiritual. Read the lyrics:

“N—- is savage, n—- is monsters
n—- is pimps,n—- is players
‘Till n—- have daughters, now they precautious
…
‘Cause now I see women as somethin’ to nurture
Not somethin’ to conquer
I hope she like Nicki [Minaj], I make her a monster
Not havin’ ménages, I’m just bein’ silly“

Genius says, “Ye uses Nicki Minaj’s name to outline two possible paths for his daughters—he hopes that his daughters will be as wildly successful as Nicki Minaj, but not sexually promiscuous (participating in ménage à trois).”

It’s concerning, however, that West sustains the trend of men only realizing the value of women only when they are framed as being part of his family. XXL Mag writes, “Kanye falls victim to the predictable trope of recognizing female humanity only after having a daughter of his own.”

In conclusion, while West definitely gave listeners some revelatory remarks on heavy and intricate issues, I felt they were not developed fully.

Pitchfork called ye “undoubtedly a low point in his career.” I think that’s kind of a harsh assessment. Comparatively, it’s a little weaker than previous projects, but because there’s less material. The production is less flashy, and Kanye’s definitely directly more energy to the lyrics. He also ushers the listeners to do the same. I do admit, however, that the organization of his content is a bit all over the place, even cliché at times with the banal player-to-faithful-father/husband narrative.

Highsnobiety accurately writes, “When you listen to ye, you really don’t have to unpack much, which, in a time where complex issues often have to be made digestible in 140 characters or less, feels appropriate.”

It feels right that he puts a semicolon on the media frenzy surrounding his antics with this album. The very title of this album captures the essence of what it seeks to portray: a fragment of an artist fighting to stay in one piece. Vulture describes it best: “ye is a bit of a success and a bit of a failure. Like a collapsed, undercooked cake, it’s temptingly sweet but also disconcertingly mishandled.”

Critics seem to have a neutral to disapproving view on ye.

Pitchfork – undoubtedly a low point in his career