Next in the series “Best Beats Over the Years” – Tyler, The Creator.

Previous post in the series – Best Beats of All Time – Kendrick Lamar (pt. 1)

Note: I wrote this post before KOD came out, so keep that in mind…

J. Cole is often described as the most relatable and heart-wrenching rapper in the game today for his excellent lyrical storytelling. But his narratives can’t be complete without these beats that make his words linger in your head for days afterward.

I’ve selected the best beats and their producers from three of his full-length projects: Born Sinner, 2014 Forest Hills Drive, and 4 Your Eyez Only. I am not covering Cole World: The Sideline Story because I do not know it well. Note that he produced many of the tracks himself; he is very talented.

Before I jump in, let me say this: 4 Your Eyez Only is a masterpiece and J. Cole’s best album– even better than 2014 Forest Hills Drive. Watch out for my upcoming essay explaining why.

*Note: video of all samples from 2014 Forest Hills Drive at the bottom of this post.

“Power Trip” builds a thick atmosphere through its instrumentals, conveying at once how a youthful life conceals within it vulnerability.

One of my absolute favorite beats of all time. The opening is minimalistic, yet infinitely mysterious and intriguing. Then in the main part, the beat is playful yet emotionally distant, a nonchalant acceptance of the consequences of sin. “Forbidden Fruit” is so simple yet memorable.

From its opening riff, the acrobatic brass in this beat is hard to forget. Almost competing with J. Cole’s vocals for attention, this track hints at the kind of sophisticated production (and love for brass instruments) he is capable of putting out in the future. This track is equal parts apologetic and self-assured, making for a delight to listen to. 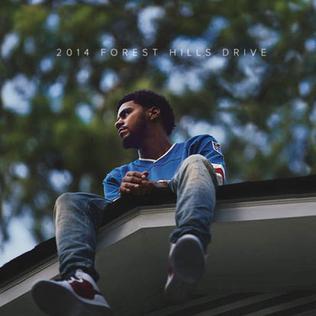 It’s incredible to see that in just one year, J. Cole has made leaps and bounds to release this profound and easily enjoyable album. Look, I know I’m listing 7 out of the 13 tracks on this album, but a good beat is a good beat. I went through my list over and over again over many weeks and ultimately I decided I couldn’t cut down this list any further. Same goes for 4 Your Eyez Only.

The dreamy instrumentals to “Intro” hint at the introspectiveness of the album right off the bat. The slow, fragmented keyboard effects and strings intertwine to a crescendo as the lyrics intensify at the same time– like a kaleidoscope, “Intro” is the perfect opener.

Not only is this track some of Cole’s best storytelling in his entire canon, his instrumentals are also great. From the beginning, the beat is cool and refreshing, like brisk ocean waves in your ears. The continual syncopation propels both the narrative and beat forward in a delightful track.

The lilting strings from the beginning are incredibly nostalgic, almost like the glistening eyes of a kid full of hope with tragedies looming in the distance. It’s actually a sample of “Here’s That Rainy Day” by Sonia Rosa, but hey, it’s an art to pick out great samples. The claps and twinkles afterward continue to paint an illusion of innocence in the time period that is meant to be filled with wonder and hope for the future but is instead filled with harsh reality and jeopardizing circumstances.

Fun fact: this was the first J. Cole song I ever listened to, and I was immediately hooked. The repated vocals (sample of “Berta, Berta” by Branford Marsalis) are intriguing, and suspense builds on with the introduction of strings. With the beat change and jolting bass, J. Cole almost sounds like he’s battling the beat. But the beat goes through several more transformations, showing more tender moments. The African drum-like switch in the last minute is also clever and keeps the listener’s attention, along with appropriate dramatic pauses– this track is an entire saga of its own.

I can listen to this track over and over again and never get tired of it; along with Love Yourz, it’s my favorite beat from this album. The melodic nature of the instrumentals provide the perfect atmosphere for J. Cole to half-sing throughout the track; consequently, the beats take up as pivotal a presence as the vocals. “Apparently” carries with it a great sense of motion while offering the listeners comfort at the same time.

Without a doubt, one of the top 3 songs J. Cole has ever put out. The lyrics are phenomenal and poignant, and the instrumentals just complement the words perfectly.  This beat is both graceful and generous to the listeners; the strings and piano seem to hold infinite wisdom, much like J. Cole’s heartfelt advice. Though the same two bars essentially repeat for the entirety of the song, it is a repetition that only gains meaning over time, like a stream we never want to see end.

Somehow, a 14-minute long outro and “credits” (thank-yous to everyone who made Forest Hills Drive possible) was just what this album needed. A lone four-note motif speeds up, and a small chorus enters. This ethereal accompaniment transforms into a more rhythmic beat that is deeply nostalgic, almost nihilistic. Alternating in between F minor and A flat major, the beat happily drums on behind J. Cole’s endless thankfulness– and somehow, this beat seems like the only one that could have worked.

For Whom The Bell Tolls – Elijah Scarlett, J. Cole

If “Villuminati” was aggressive and “Intro” was dreamlike, “For Whom The Bell Tolls” clearly hints at a more pointed and mature album than ever before. The beat is initially almost Caribbean, reminding me of Drake’s “Passionfruit,” but the track eventually reveals the ever-present psychological and emotional repression of this album. Fragmented brass in the distance complete the instrumentals; J. Cole bookends this album by featuring brass in the first and last tracks.

Production-wise, his track is one J. Cole’s gems. Not only is J. Cole a master of storytelling through his lyrics, the vocal acrobatics in the background supply the genius atmospheric universality of this song. This beat is regretful, fleeting, utterly beautiful.

This instrumental sounds like the aftermath of a deeply troubling event; it’s strange that it follows “Deja Vu.” Its serenity is misleading; J. Cole is feeling completely defeated in his lyrics. This track can easily be overlooked, but I believe it strikes a chord within each of us in the realms of loneliness and futility we often avoid pondering.

Incredibly beautiful and touching beat. This beat never boasts, never makes itself known, but rather waits patiently for listeners to discover its immense wealth of tenderness. The intertwining strings, the improvisatory piano– love has rarely been more genuine.

This single track is the pinnacle of J. Cole’s discography thus far. I am planning on dedicating an entire essay on this one song. This song’s impact comes from the mournful brass in the background, the wailing sound effects, the heavy and lethargic mood of having given up hope for everything. The beat is infinitely regretful, drawing me further into its world of a lost dream with every listen.

Every Sample From 2014 Forest Hills Drive