COVID-19 has shut down most performing arts events around the world, but the show goes on in South Korea.

Yeol-Eum Son dazzled the masked audience with maturity and restraint during her all-Schumann piano recital on June 23, 2020 at Seoul Arts Center (예술의전당). One of the greatest pianists in the “new generation” of thirty-something-year-old classical musicians, and one of the greatest contemporary Asian classical musicians, Son put on a sensitive and memorable performance.

I feel that Robert Schumann (1810-1856) is the most difficult Romantic composer for pianists to interpret (aside from Beethoven, who should be considered the bridge between the Classical and Romantic eras). Chopin’s music is profound, but it’s accessible to most listeners and players. The same goes for Schubert (another semi-Classical composer). But Schumann has always sounded elusive to me; it is unapproachable at times, difficult to understand. I put off listening to Schumann piano repertoire for a few years after becoming a classical music fanatic because I knew I wouldn’t understand it.

Yeol-Eum Son chose four of Schumann’s major piano pieces, all written in the productive beginning of his career:

While these works are all staples in solo piano repertoire, Fantasie and Kreisleriana in particular are considered masterpieces among Romantic-era piano works. 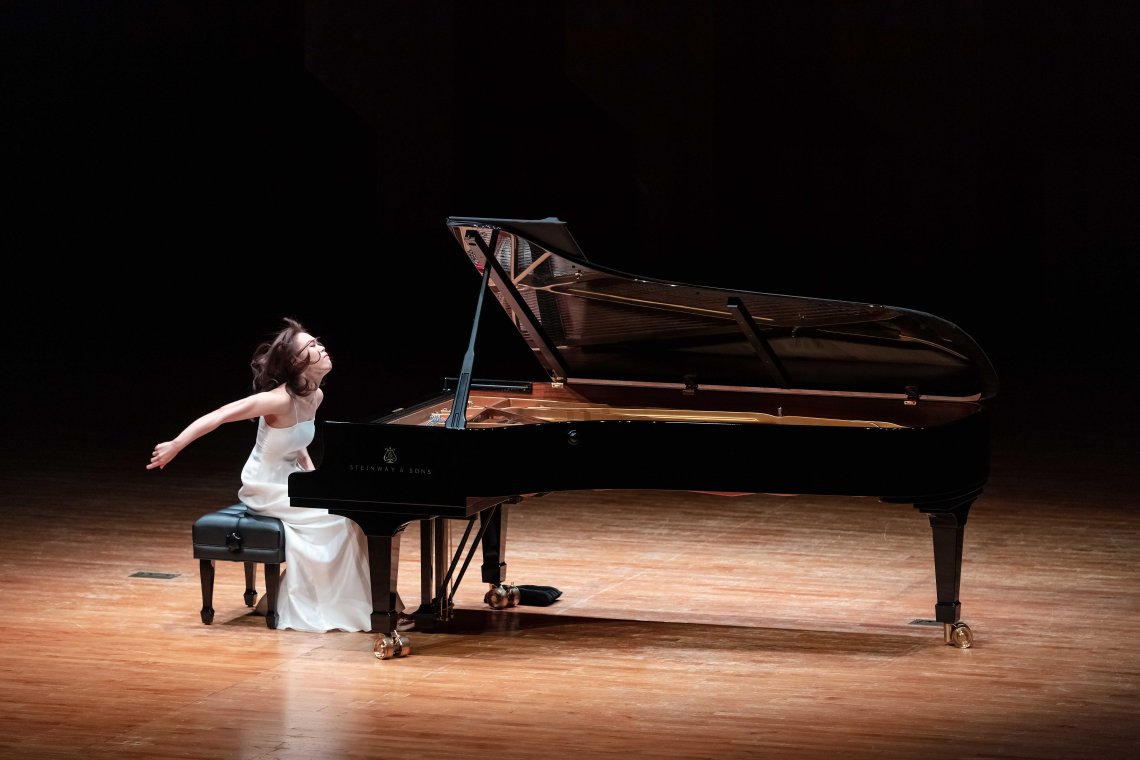 Son appeared in a long, matte black dress for the first half of the concert. The first two selections, the Arabeske and Fantasie, were the more wandering and speculative pieces. Son played with remarkable legato and clear articulation, both key challenges in Schumann’s music. Her technique was almost perfect even in the most difficult spots, including the notorious coda of the 2nd movement with its wide leaps. Overly dramatic interpretations shatter the intricate layers in Schumann’s compositions, but Son navigated through those complexities beautifully.

After the intermission, she appeared in a bride-like white dress. Her two dresses reflected the divide between Schumann’s own Florestan and Eusebius, who are two “imaginary figures” created by Schumann to represent his “passionate, voluble side” (Florestan) and his “dreamy, introspective side” (Eusebius). If darkness can represent passion and light can represent dreams, the amorphous and esoteric first half of the concert would be “Florestan,” and the elegant and brighter second half would be “Eusebius” (though this is up for debate – it might be the other way around!)

Son was most brilliant in what I believe to be Schumann’s magnum opus, Kreisleriana. An array of Schumman’s greatest strengths and ideas, Kreisleriana is staggering in its ambition and scope. Here, Schumann succeeds in expanding the boundaries of form, texture, and emotional palette in solo piano repertoire.

Yeol-Eum Son’s Kreisleriana was unforgettable. The turbulent opening was the best I’ve ever heard: pristine rhythm, striking articulation, explosive energy. Then, the contrasting slow movements showed remarkable shifts from fiery to tender atmospheres. While listening to Son’s performance, I was completely immersed in Schumann’s imaginative power.

Son’s Schumann recital provided much-needed comfort and joy in the midst of this pandemic. While many classical music lovers around the world can’t attend live concerts, I was fortunately able to hear great music in a great venue!